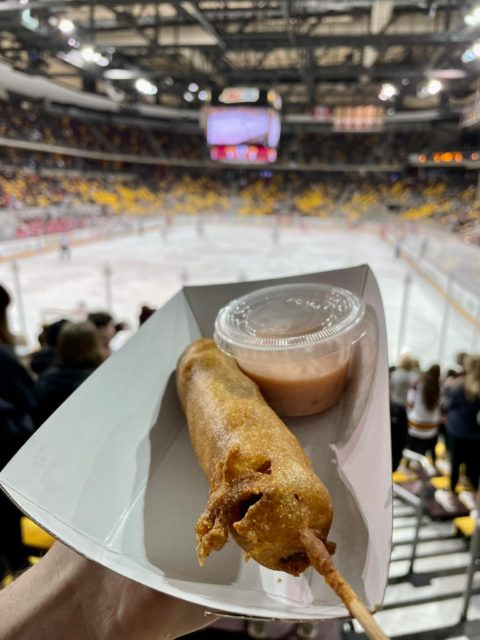 As we know, origin stories aren’t just for the Star Wars franchise. Some of the DECC’s most beloved concession foods have their own tales to tell.

In fact, our hand-dipped corn dogs started as a challenge.

Chef Jerry was taste testing from a food truck. These dogs were fresh and brought to his mind the best aspects of a Monte Cristo sandwich – salty in the middle, sweet and crunchy on the outside.

He started to wonder aloud how these could be made in-house at the DECC when the vendor stopped him. “It can’t be done,” she said, given the equipment and all the hands-on work.

This vendor didn’t know it, but she had thrown down the foodie gauntlet and it was GAME ON.

It didn’t come together right away. But after many talk-throughs with the entire kitchen crew, including concession manager Dolly, food services manager Amy and very full taste-testers, the DECC has arguably created a hand-dipped corn dog that is State Fair quality. And that’s saying something.

Not only is the batter handmade, but the dog itself is also from our region – Fraboni’s from Hibbing. (The DECC hearts our local vendors.) But the DECC crew was not satisfied breaking even on this corn dog duel.

They took the whole experience up a notch by creating their own peppery raspberry dipping sauce. And for many, the sauce is everything.

“I’m a corn dog person so my expectations are high – and this one is excellent. If I’m being honest though, I’m there for the sauce. I take an extra sauce home to eat on other things, but don’t tell anybody,” he says.

Connor passed on his corn dog story to his girlfriend’s family.

“They bought EIGHT of them when they were here, just to bring home! It’s a 3-hour drive from Duluth, so it really speaks to the power of this total corn dog experience.”

Did you know that every concession stand around the AMSOIL Arena concourse sells different food?

While not all stands are open for every game, we created a helpful map so you can know where you’re hankering is happening.

They’ll be handed out at the game. 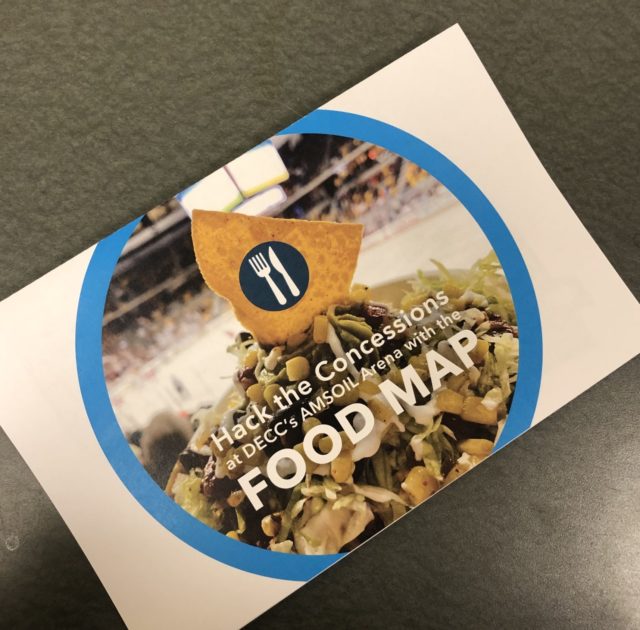 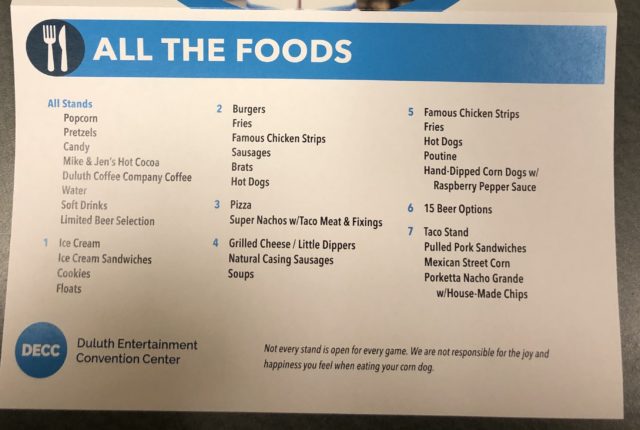 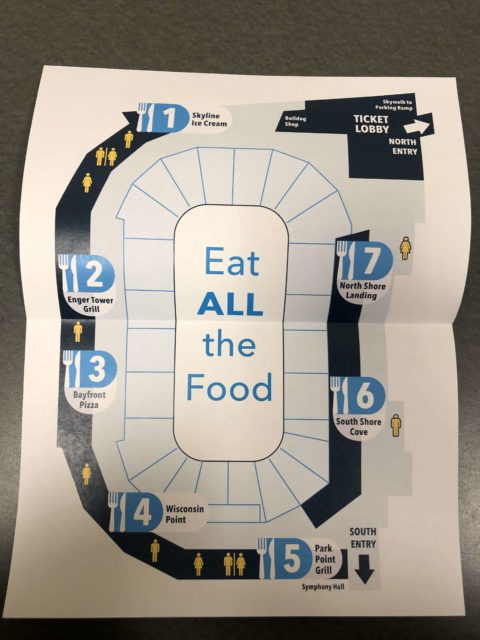 See you as the Bulldogs take on North Dakota this weekend!