Merry Kiss Cam, the movie filmed in Duluth, gets so many things right about Duluth.  For one, we’re a hockey town. Also, beautiful Lake Superior inspires any number of artists who fill our galleries and bookstores with their work. I’ve been known to say that you couldn’t swing a dead seagull in Duluth without hitting a poet. Painter could be easily substituted in there.

I enjoyed trying to figure out where shots were taken. Of course, Carmody’s Irish Pub stars as itself — and never looked better. Did it get a fresh coat of paint?  I saw Fitger’s, the Duluth Art Institute in Lincoln Park, The Sheraton, and the restaurant on top of the Radisson hotel renamed The Apostles Supper Club.

In fact, the shots and script were so filled with Duluth love, the critic Jodi Walker from The Ringer.com wrote:

“I don’t know much about Duluth, Minnesota—some would say I knew nothing about Duluth, Minnesota until I watched the original holiday film Merry Kiss Cam—but this movie feels … very Duluth-y. They went on to ask if Duluth actually funded the movie that made the city out to be “the New York City of the Midwest.” 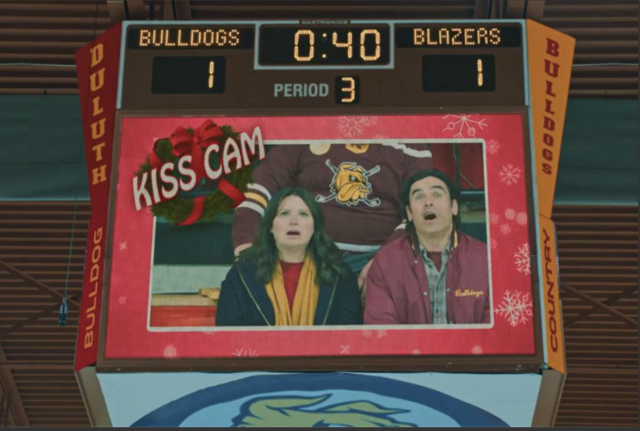 While the movie is very sweet and well worth the stream on Hulu, I can’t say that it’s all accurate. (It is fiction, after all.) While there’s a quick establishing shot of the DECC’s AMSOIL Arena exterior, the movie was not shot here. All the hockey scenes were taken at Essentia Duluth Heritage Center in Lincoln Park.

It’s where the main character Jess asks Danny, “What the hell is a zambaloney?” Ice maintenance technology eludes some of us. She didn’t know much about the real Bulldogs either, but that’s okay — neither did the writers. (Once again, it’s FICTION and the writing must serve the plot!) 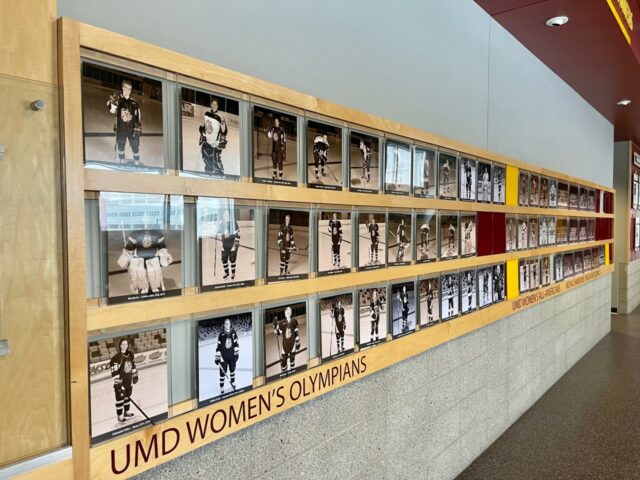 What’s really cool is that you can see all these awards and more hanging in the AMSOIL Arena, the home of the Bulldog teams. 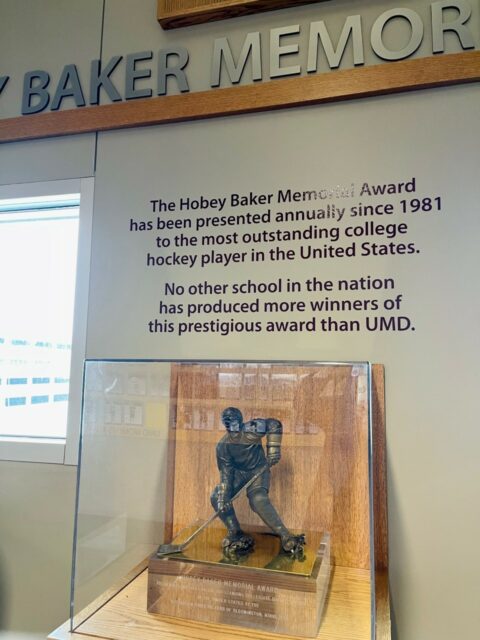 While taking a date to a Bulldog game is absolutely something that real Duluthians do. Bulldogs games are also fun family events complete with a full production of lights, music, and between-period interactive games to impress the kiddos.  You could end up on the big Jumbotron. (Don’t worry, as of this writing, a ‘kiss cam’ isn’t a thing at Bulldogs games.) Or your kid could even win a chance to ride in the passenger seat of the zambaloney…er…Zamboni! 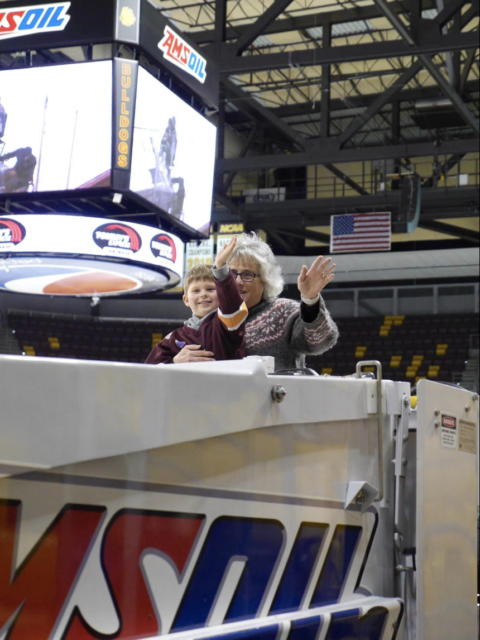 Plus, at Bulldogs games there’s more than just popcorn. AMSOIL arena is known for its line up of robust food choices and classic concession favorites. The Chicken Tenders and Super Nachos are fan favorites. 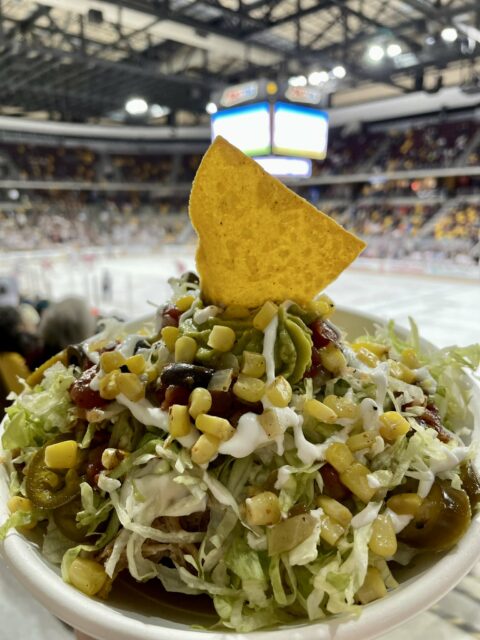 Get your Bulldog Tickets and experience a game! 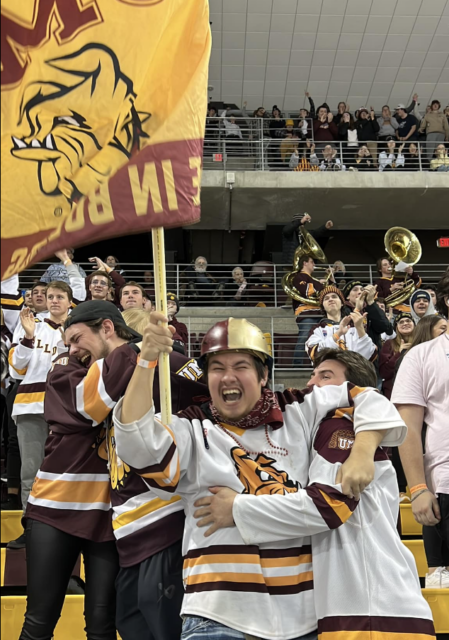