Skip to content
Home : About the DECC : DECC Blog : News : Meetings are way better with FOOD

“We are always messing around with food; it’s fun.”

Chef Jerry wears the classic double-breasted white jacket and a dark striped apron. An affable guy, he loves to talk with his hands to capture the big emotions he has about his craft. Truly, he’s the perfect picture of the word chef. Probably because he personifies his love of this job.

Behind the swinging wooden door to the kitchen was 16-year-old Jerry.  “I was just a punk of kid doing dishes.” Until one night when one of the sous chefs showed up intoxicated and the call came out, “Carpenter, we’re moving you up!” 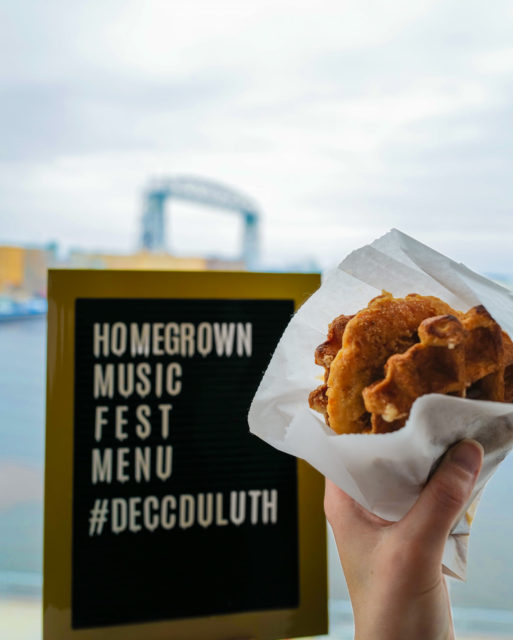 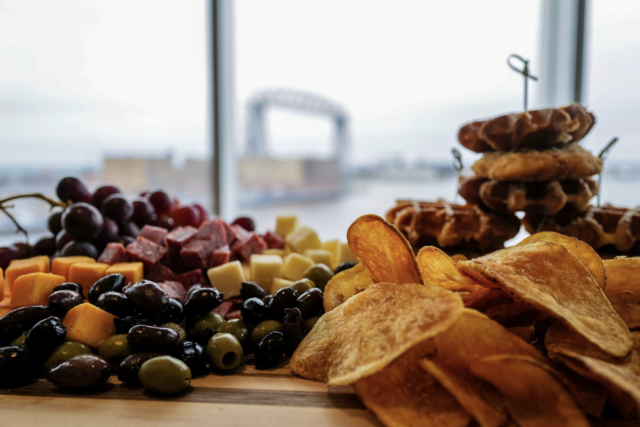 “I went to the line where these sweating guys with bandanas were handling big knives and I was like, YES!” Jerry felt the energy and was hooked for the ride from where he started in the dish pit to his current role of food visionary.

It was at “The Gitch” that he started to see how meals, like all the walleye he was dressing, could be stylishly presented and beautifully and deliciously sauced.

Later came places like Bulldog Pizza, Valentini’s (where he and his co-worker sweetheart were married in front of the restaurant’s fireplace) and the Superior Shore Resort. Influenced by every new chef, he started building techniques like flowing with the urgent tempo of a kitchen, sauce building and experimenting with marinades.

Today his experiments are in the commercial kitchen of the Duluth Entertainment Convention Center (DECC). Decked out with steel counters, large mixers and more big knives, it’s not cold. It’s a fresh canvas. Here Jerry and crew have been creating new dishes as well as re-invigorating classic recipes. 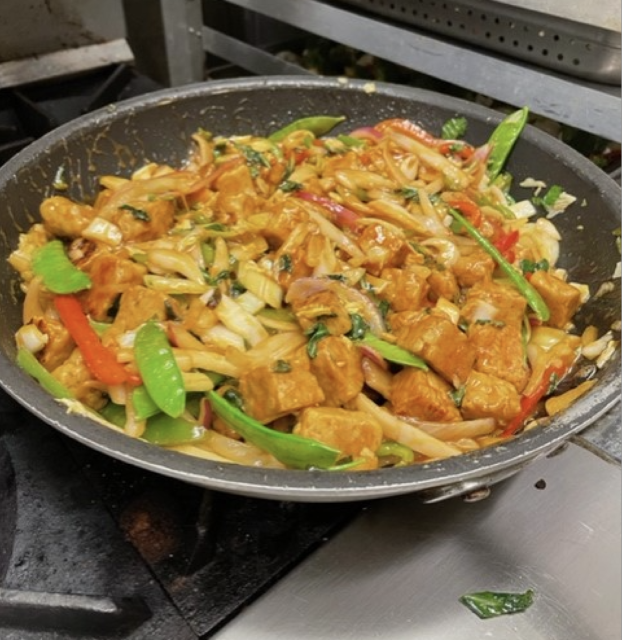 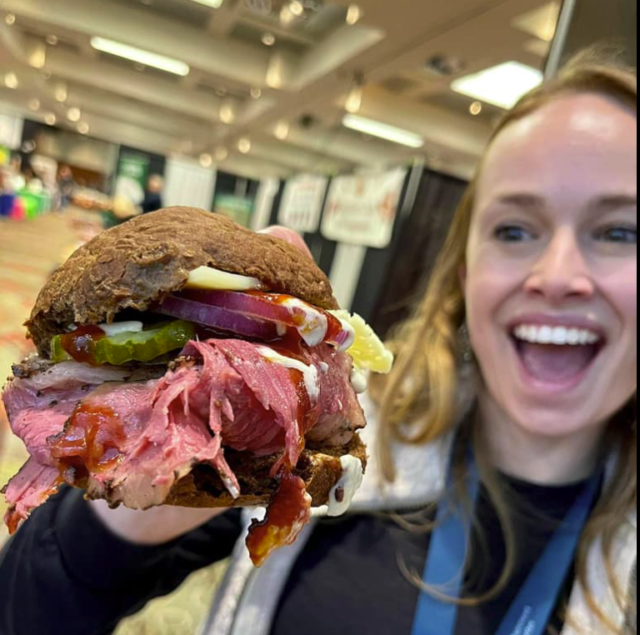 This means everything from fish and meats to healthy zoodles to flavorful stir fries. But some of it is just silly fun.  They’re challenged to be inspired with themes. Think of folks gathered for an evening of country music enjoying house-made Nashville chicken or the Duluth Homegrown festival getting its own “Chicken and Waffle” signature sandwich.

At a recent big expo, the fare included hand-dipped, beer-battered walleye with house-made potato chips and a thick-cut coleslaw with broccoli and fresh-shaved pastrami on a rye roll with Swiss cheese.  “It’s banging,” says Jerry.

And there are many ideas percolating from how to elevate the serving experience to including house-baked focaccia bread with pesto butter to smoking meats in-house.

And while Chef Jerry appreciates whimsical challenges, he’s looking beyond. 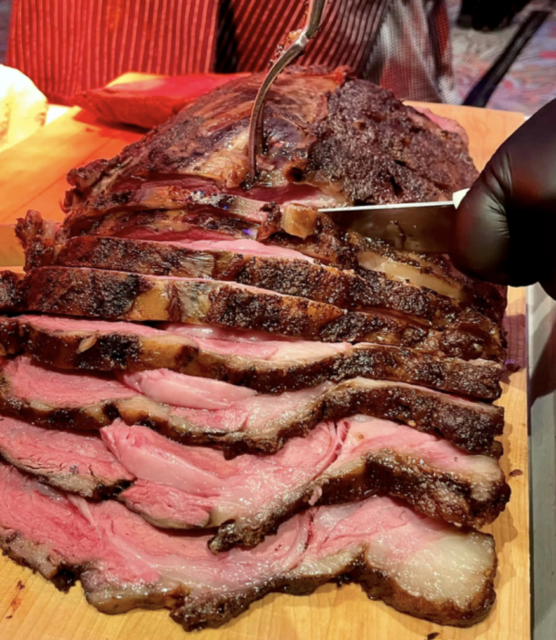 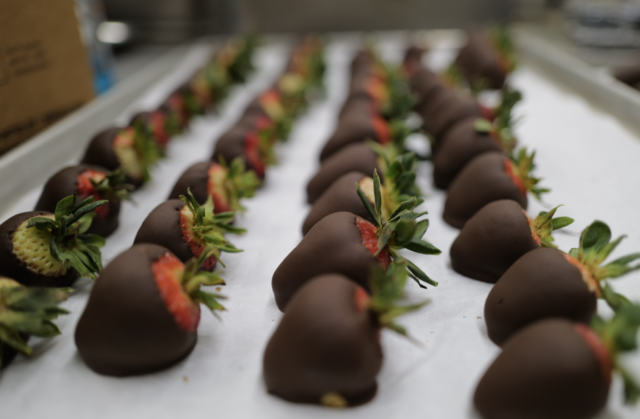 “We’re even knocking at the door of molecular gastronomy,” says Jerry. This form of culinary physics brings magic to food with inventive forms and flavors — and a dramatic flair. Right now, the team is working on a new dessert, including a mixed berry compote and a dark chocolate mousse served within a light cookie sprinkled with rose sugar crystals.

“It will be cool. We want people when they bite something to go, ’Whoa! I didn’t expect that!’”

If these dishes surprise you, well, that’s Jerry’s goal. He wants to convince you that convention food does not have to feel meh.

He’s telling me this as he cuts into a prime rib explaining the flavorful rub, he slathered over it before roasting it for 22 hours. “You want to slowly melt the marbled fat cap inside to make it really moist.”

All this effort pays off with rich and flavorful crusted edges protecting the tender juices inside. It creates the kind of forkful that makes one closes their eyes to focus in on the mouth experience.

He has many other ideas percolating, but he’s taking things slowly.

“We’re a young crew. It will take some time, but we’re on our way.”

Read about how the DECC hacked a hand-dipped corn dog and created a porketta nacho grande we love.