Rinkside at the DECC’s AMSOIL arena, Bulldog youth hockey campers zip around the ice. Their bodies and laughter bounce off the rink walls as Jarid Rankila leans near the glass. “This is going to be a hard job to leave.” 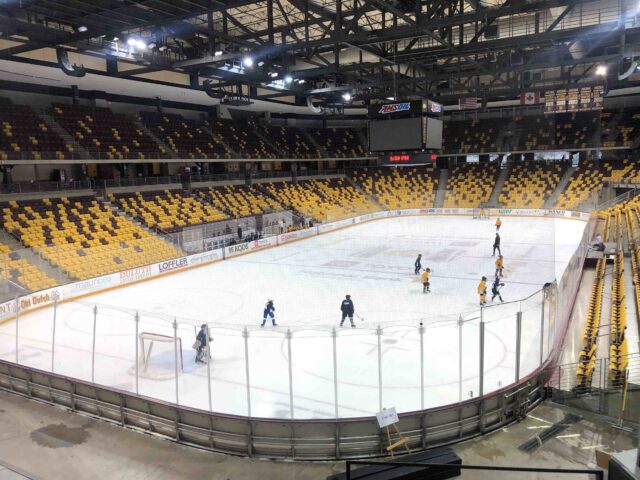 It’s easy to see why the 22-year-old has some reservations. Jarid grew up on a Zamboni, maintaining ice for both the DECC & AMSOIL Arena for six years. “My first day was my 16th birthday. That’s the very soonest I was able to work, and I never left.”

As Jarid tells it, he’s been paid to facilitate an ice arena for NCAA D1 Men and Women’s Hockey. By hanging around, he’s gotten to know some players before they went professional and even meet his girlfriend, a UMD hockey player. 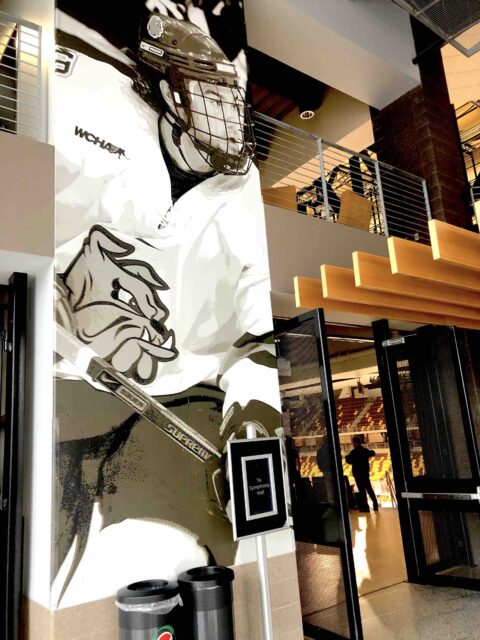 The ice is an exciting place to be. Jarid’s worked with a crew of other young people, including his former supervisor, Jake Magdzas. Practically a kid himself when he hired Jarid, Jake recently was called up to the bigger leagues in Colorado. Now Jake makes the ice ready for games and practices for the AHL Eagles.

But it wasn’t just fun that kept Jarid at the DECC. The flexible shifts worked well for his life as a student. Once everyone was squared away during practices and games, Jarid would set a chair where skaters and coaches could see him. Then he’d crack the books. Those 15 minutes here and there really adds up for a student. “It has been a great job that way, both in high school and then later when I went to college.”

His DECC job also plays into the new role he’ll start soon: policing. “I learned a lot about maintaining machines and ice, but the best lessons were really in customer service,” he says. Problem-solving and helping guests, sometimes upset ones, has been formative experiences and reinforced Jarid’s passion for police service. “I’ve really gotten to practice how to slow down situations and problem solve things, it’s definitely experience I’ll take with me.” 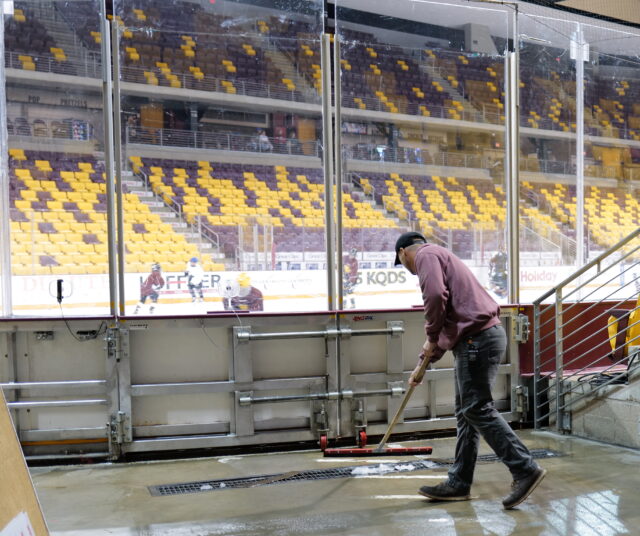 After graduating from the University of Wisconsin Superior in criminal justice, Jarid did an internship with the Duluth Park Rangers.

“That was a great! I got to patrol the parks on a bike, help with minor situations and be an ambassador with visitors.”

Later, he did some additional law enforcement training at Fond Du Lac Tribal and Community College program before his recent job offer from the City of Superior Police Department.With the ice maintenance crew shorthanded, Jarid anticipates spending some of his days off from his day job at the DECC. Though it will be different, he’ll continue to see his dad, Steve Rankila the DECC’s director of internal operations, who started working at the facility in 1996. 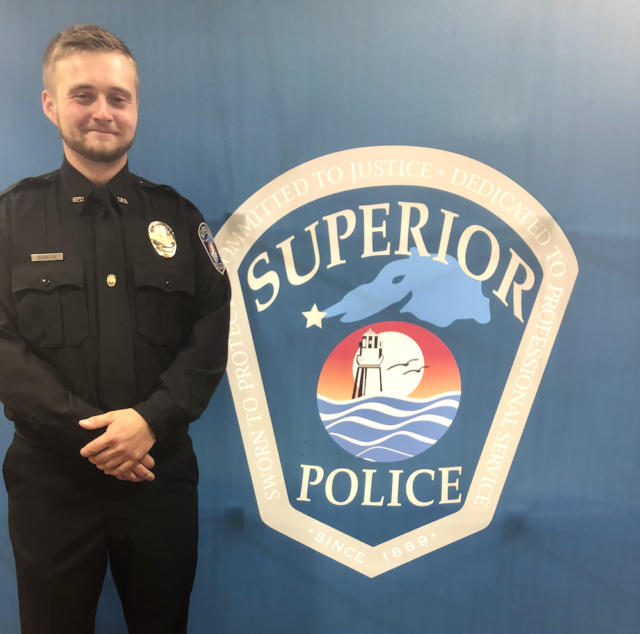 Hosing the ice from the auger-like blade in the Zamboni, he said, “You know, it’s just been a really fun atmosphere.”

So…interested in driving one of our Zambonis? Apply here –> https://decc.org/job/ice-maintenance-groundskeeper/